A Recoating Failure in a Gym

0:06
On this floor, the school didn’t have time or budget to do it this year. We’re going to just show I wanted to talk about a recoating failure. This failure wasn’t ours. This was a school district that called us in to work on a floor that they had been recoating and had a pretty catastrophic failure. Come on, let’s take a look at it right now.

0:39
We’ve got some adhesion issues, with polyurethane. The stuff is just coming off and big sheets. We’re gonna do our best. Next year we’re gonna come in and sand on this floor you didn’t have time or budget to do it this year. So we’re going to just show what we’re going to attempt to do here to get this far to look as good as it can to this next.

1:16
So Calie, thank you, you probably put three hours worth of work in this key.

1:23
I’m not saying tha this is perfect, but I think we’ve mitigated this to the point that the school will be okay. For the next year anyway. And we operated this hard we ended up abraded with agrate screen and then we came back with our SPP pads be multiple times. Then this floor’s been cleaned and now we’re going to coat it with a two-component water-based finish. And I believe it will be okay for next year. Schools are planning to sand this floor next year.

2:01
Okay, so the legitimate question is. What caused the peeling on that gym floor? And the answer is I don’t know for sure. So a lot of possibilities. Could have been incompatible finishes could have been some kind of a product that they were using on the floor to clean it. Or could have been what we would call an abrasion issue. Before another coat of polyurethane can be applied with the existing floor has to be abraded or lightly sanded.

2:31
What it does is it puts up a fine scratch in the existing polyurethane. The new polyurethane bites into that scratch and I think that’s probably the simplest answer. It’s very likely that’s what happened in this case. One of the things that I observed as we’re trying to repair this floor was that there were a lot of marks on the floor that had never been taken out. In subsequent years, when the school district was recoating this floor which tells me they probably weren’t doing a great job of abrading the floor. They weren’t screening it hard enough to get those marks out.

3:08
So it’s very likely that that’s what caused this peeling issue that they had. Thankfully we got that solved for the time being and by time being I mean, next year so when we can get in there and sand this floor but definitely a temporary fix at best. 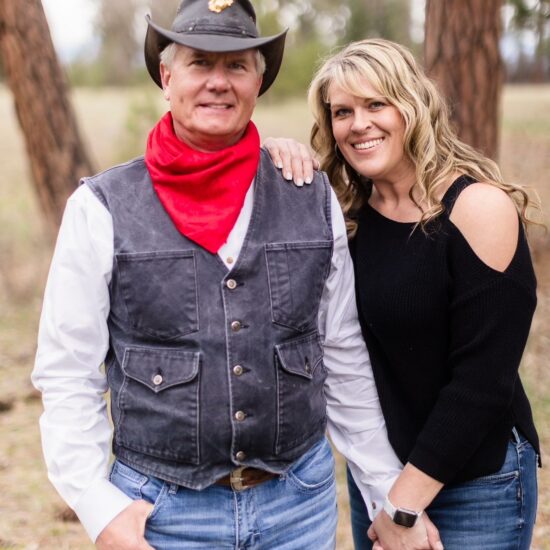 Paul Nelson is the Sales & Operations manager for Western Sport Floors and Wyoming Wood Floors. They serve customers in 7 states throughout the Rocky Mountain West. Paul and his wife McKenzie reside in Clinton, MT.